This Afternoon
Mostly sunny, with a high near 76. West southwest wind around 13 mph, with gusts as high as 20 mph.
Tonight
Mostly clear, with a low around 49. West southwest wind 5 to 8 mph becoming light and variable after midnight.
Wednesday
A chance of showers and thunderstorms after 3pm. Increasing clouds, with a high near 74. Breezy, with a light and variable wind becoming northwest 15 to 20 mph in the morning. Winds could gust as high as 33 mph. Chance of precipitation is 50%. New rainfall amounts of less than a tenth of an inch, except higher amounts possible in thunderstorms.
Weather forecast provided by weather.gov.
Search 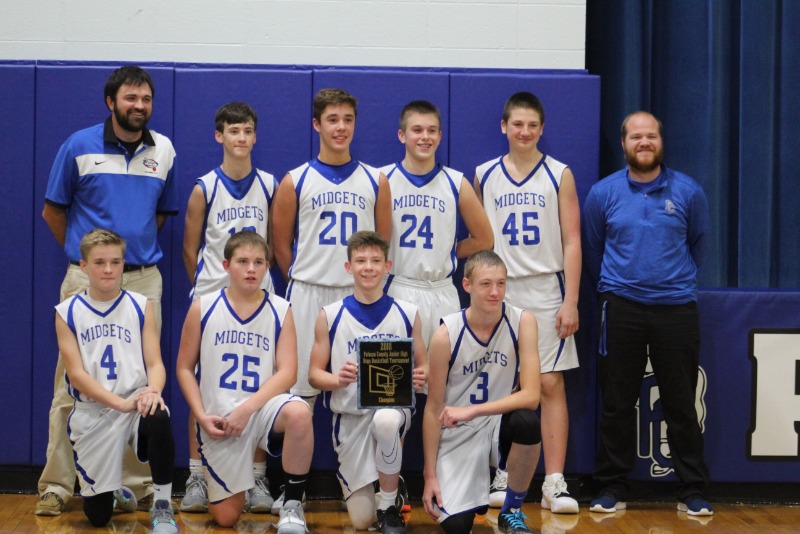 Congratulations to our Junior High Boys Basketball team, Coach Aaron Fitzpatrick, and Coach Bryson Dinwiddie on a 1st place finish in the Putnam County Junior High Tournament. It is always a sweet victory when you play well together to beat a rival town. The Midgets beat Milan 41 to 27 in the championship game. These athletes are fun to watch as they bring the heat and leave it all on the court every time. Way to go, Midgets!