Tonight
Patchy fog after 5am. Otherwise, cloudy, with a low around 33. Southeast wind 6 to 8 mph.
Washington's Birthday
A chance of rain, mainly before 3pm. Areas of fog between 9am and 1pm. Otherwise, cloudy, with a high near 44. Southeast wind 6 to 9 mph becoming west in the afternoon. Chance of precipitation is 30%.
Monday Night
Cloudy, with a low around 24. North northwest wind 9 to 15 mph, with gusts as high as 21 mph.
Weather forecast provided by weather.gov.
Search

Junior High Basketball Girls Off to a Great Start 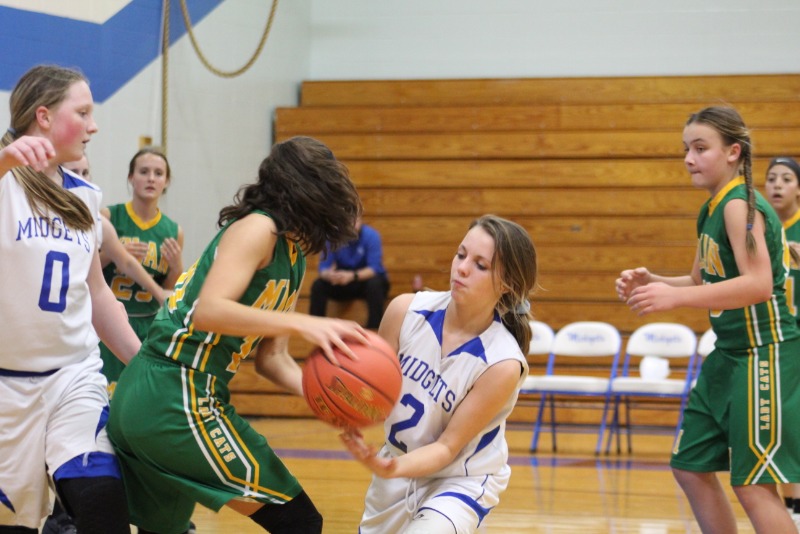 The Putnam Junior High girls basketball teams are off to a great start to the season.  This years team consist of twelve girls and one manager. On the roster there are 5-8th graders and 7-7th graders.  During the month of October, the girls practiced and put forth a lot of effort to improve. It’s paying off right now the A team is currently 5-4 and the B team is 3-3.

Teamwork and fundamentals are a few of the goals the team has on the year.  They all agree they want to be better at the end of the year then they were at the beginning. The team also won the sportsmanship trophy at the Putnam County Tournament. They have 3 games left and the Schuyler County Tournament so come out and catch a game!