Today
A slight chance of showers after 4pm. Increasing clouds, with a high near 77. South wind 8 to 18 mph becoming west in the afternoon. Winds could gust as high as 29 mph. Chance of precipitation is 20%.
Tonight
A slight chance of showers before 7pm. Cloudy during the early evening, then gradual clearing, with a low around 45. West northwest wind 5 to 10 mph. Chance of precipitation is 10%.
Saturday
Sunny, with a high near 73. West wind 6 to 11 mph.
Weather forecast provided by weather.gov.
Search 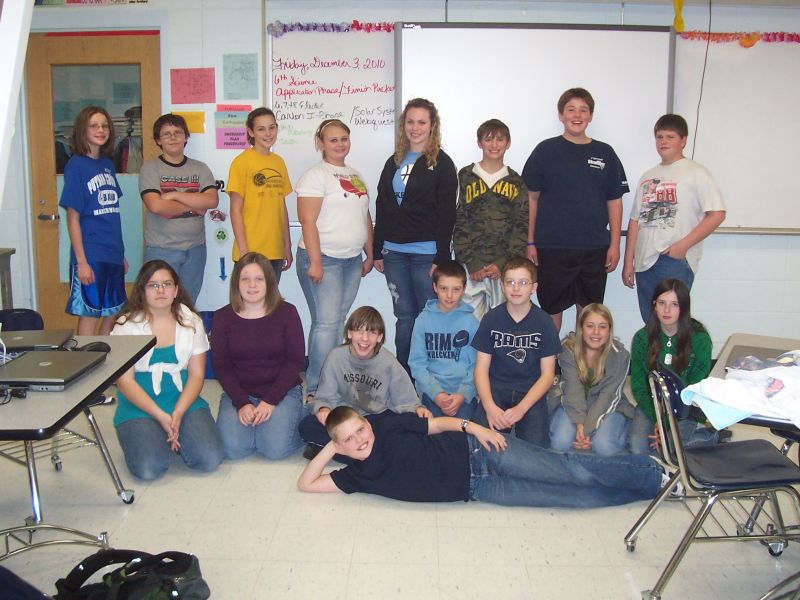 The Putnam County Middle School students collected 50 cell phones and 2 MP3 players to donate to the Cell Phones For Soldiers Program during the month of November. The Character Education word was citizenship and in order to help military families it was decided we would collect donations of used cell phones and music players.

A competition with the T.A. groups was held and Mrs. Klinginsmith's group had the highest amount of donations with a total of 16 phones. Ms. Tosspon's group collected 12 phones and 2 ipods. The other T.A.'s combined collected a total of 22 phones. These phones will be recycled and the money from recycling will be used to purchase prepaid calling cards for the military  men and women who are away from their families. With the donation from the Putnam County Middle School 3120 minutes of calling time will be given to military families. Great work students and staff!