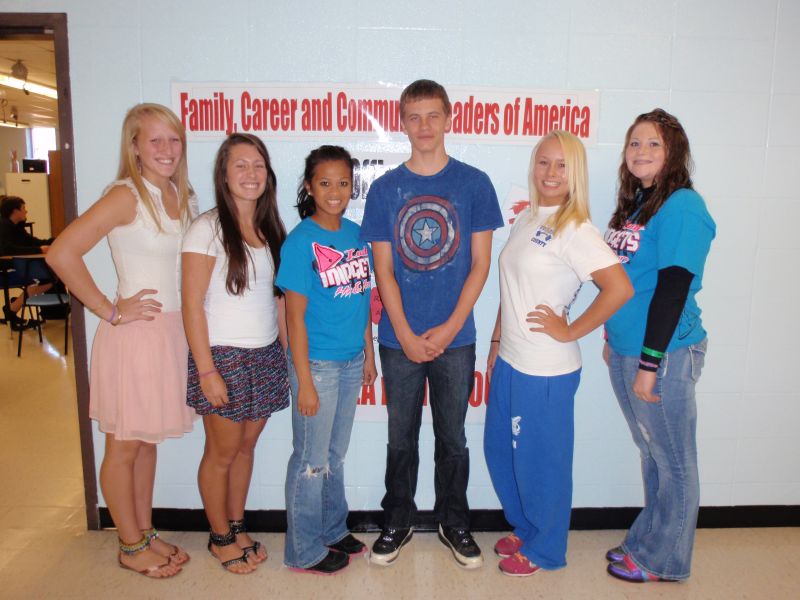 FCCLA, known as the Family, Community, and Career Leaders of America, has a new officer team for the 2011-2012 school year. Participation in FCCLA programs and activities helps members become strong leaders in their families, careers, and communities. These individuals were chosen based on an application and interview process. The officers are as follows:

The main goal of the new officers is to raise membership and to make FCCLA more visible in the school and community. Several new members plan on attending the State Fall Leadership Conference at Tan-Tar-A in Osage Beach, MO. With these new officers leading the way, FCCLA has a great year ahead!