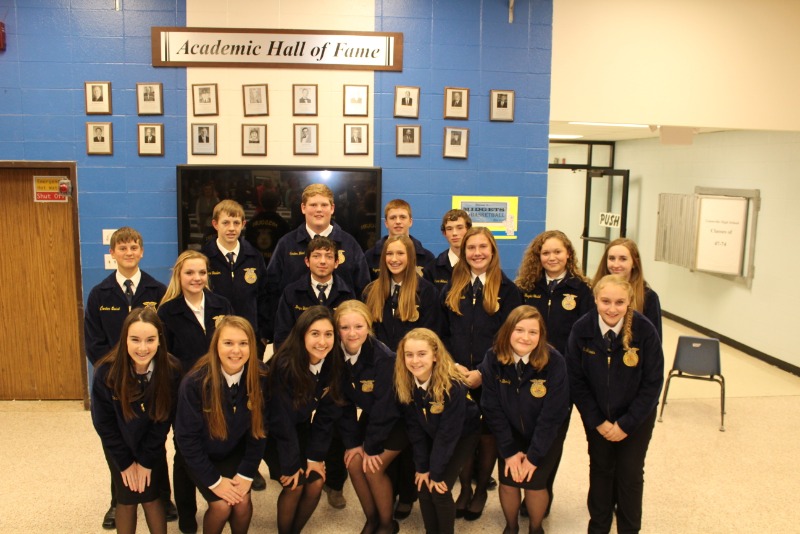 The Putnam County FFA Chapter hosted its annual Greenhand Banquet on Wednesday, November 14, 2018. The banquet is to award the eighteen new members with their Greenhand FFA Degree and the twenty-three second-year members with their Chapter FFA Degree. The meal at the banquet consisted of soup and potluck dishes courtesy of the school cooks and FFA member parents.  About 183 members and guests attended.

On Wednesday, October 31, 2018, prior to the banquet,  freshmen and sophomores were allowed to interview for an assistant officer position. The seven assistant officers chosen were installed at the Greenhand Banquet on November 14. Those selected for assistant officer positions were:  Vanessa B- President, Cole R- First Vice President, Garrett M,- Second Vice President, Sam D- Secretary, Grace S- Treasurer, Sofia V- Reporter. Another Greenhand activity conducted was the Greenhand Initiation breakfast which was held the morning of November 2, 2018 in the agricultural shop.  FFA members cooked themselves pancakes and sausages for breakfast and initiated the new FFA Greenhands. About 18 Greenhands and 36 other members attended.