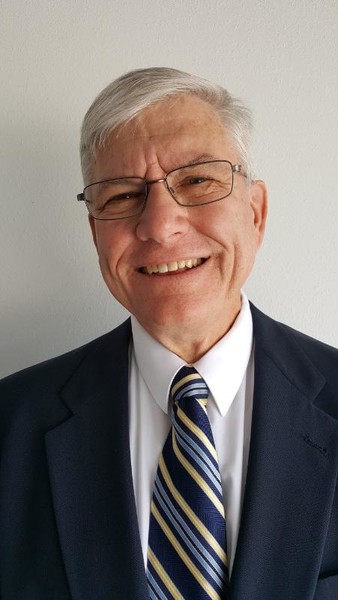 Today we celebrate Mr. Chuck Evans! This is Chuck Evan's second year at Putnam County R-I Schools. Mr. Evans is the ISS instructor for our school district in addition to being a Study Skills instructor and substitute teacher. Coach Evans also assists with Junior High Football and High School Track.

Mr. Evans is a 1979 graduate from Iowa State University with a Bachelors of Science in Industrial Administration. During his corporate career, he worked as a credit analyst for International Harvester Credit Corporation for 6 years. He was also the Director of Dealer Management Services for Iowa Nebraska Farm Equipment Association, a five-state area of Iowa, Nebraska, Minnesota, North and South Dakota for 8 years. Chuck was the Founder and Co-Owner of Odyssey Travel, a built from scratch a travel business with over a million dollars in sales annually for 7 years.

After several years in the corporate world, Chuck transitioned into the education world. His education career includes 18 years in various teaching and supervisory roles, Athletic Director for Regina High School, Director of Basketball Operations for Iowa Women's Basketball Program from 2006-2009 and the Big Ten Title in the 2007-2008 season.

Coach Evans has spent the past couple of decades with an outstanding coaching career. He spent 26 years total as an Iowa High School Football Coach, 13 years as a Head Coach at Iowa City, 6 years for Regina and 7 for Centerville. Chuck coached 8 Play-off teams, 2 District Champions, 1 State Semi-final team, 1 State Championship (2005), has been awarded 3 District Coach of the Year awards, 1 State Coach of the Year award in 2005, and was most recently a Hall of Fame inductee for Regina Catholic Education Center in August of 2018.

Among his many accomplishments, some of his favorites include being a husband to Sue, dad to Travis and Tyler, and grandpa to Murphy, Paige, and Bailey. Sue recently retired from a 42-year career in banking. Chuck and Sue have two sons. Travis Evans, who coached and taught at Putnam County from 2001-2005, presently at Bondurant-Farrar as their Head Boys Basketball Coach and Health/PE instructor. And Tyler Evans, Business and Financial manager at Willis Auto in Des Moines. Chuck and Sue enjoy spending time at Lake Thunderhead and traveling with their three granddaughters. Travis and his wife Stacy have Murphy, who is 4 years old. Tyler and his wife Alicia have Bailey (12) and Paige (8).

Chuck Evans and his wife Sue are pictured at the 2018 Hall of Fame Induction Ceremony.

Chuck Evans became Regina Head Football Coach in 2001 after serving as a longtime assistant coach at SE Polk and Johnston.

He had a career record at Regina of 41-20 in six seasons after taking over a historically losing program.

In 2003, Regina recorded a season record of 7-2 beating state-ranked Montezuma and just missing the playoffs. Evans was named Coach of the Year.

In 2004, Regina had a record of 9-2 and qualified for the playoffs for the first time since 1972. Regina won the first playoff games vs Starmont and West Branch.

In 2004, the team played for the first time in school history at the UNI Dome vs. Gladbrook Reinbeck.

In 2006, Regina recorded a 7-3 record and qualified for the playoffs for the 3rd year in a row. The team finished as District Champions.

He coached 10 All-State and five Shrine Bowl players at Regina.

He served as Regina Athletic Director for the 2005-06 school year.

He then served as Head Football Coach at Centerville for 7 seasons and was named District Coach of the Year in 2013.

We appreciate you at PCR-I! Congratulations on your Regina Hall of Fame Award for many years of outstanding coaching and service! We are grateful to have had you as part of our teaching and coaching staff again this school year. You have become family here in the two short years we have been honored to work with you. Coach Evans officially retires at the end of the 2018-2019 school year. We wish you and Sue all the best in your retirement! Thank you so very much for your service and contribution to our students here at Putnam!