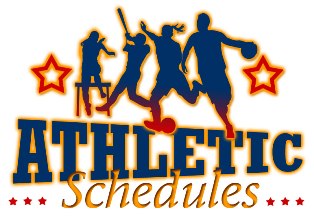 I thought I would give a glimpse into the scheduling process for athletic events. Typically scheduling is done on a two-year cycle with home and away games. Part of the schedule is decided by the conference games which are assigned by the Grand River Conference Secretary, Mike Adkins. The rest of the schedules are set by the athletic directors of schools communicating and setting up contracts. In football, we have eight teams in the East division of the GRC. Therefore our varsity football schedule includes two non-conference games, seven conference games, and the first round of the district playoff (assigned by MSHSAA). Typically JV games are the Monday after a varsity game, for example on October 4th we host Princeton for varsity football and are therefore scheduled to play Princeton’s JV on Monday. Although our football numbers are very good this year, this is not the case with most schools in our area of the state. Five of the teams on our JV schedule are either canceling or limiting JV play to two quarters. Schuyler and Polo have canceled their JV schedule. Princeton, Maysville, and Gallatin are limiting to two quarters per week because their kids are also seeing varsity time.

I have worked on finding viable alternatives. We will be playing a couple of Iowa teams. We will play at Wayne County (Corydon) on 10/14 and will be hosting Centerville on 10/21. I am still trying to find an opponent to replace Princeton on 10/7. Because we have a large group of freshmen boys we have also added 2 freshman games vs Kirksville on 8/31 and 9/19.

Please know that we are working diligently to find opponents at the JV level. It is important to PCR-I that our JV athletes have every opportunity to learn and grow during their football season.