Today
A slight chance of showers after 4pm. Partly sunny, with a high near 77. South southwest wind 14 to 18 mph becoming west in the afternoon. Winds could gust as high as 29 mph. Chance of precipitation is 20%.
Tonight
A slight chance of showers before 7pm. Cloudy during the early evening, then gradual clearing, with a low around 45. West northwest wind 5 to 10 mph. Chance of precipitation is 10%.
Saturday
Sunny, with a high near 73. West wind 6 to 11 mph.
Weather forecast provided by weather.gov.
Search 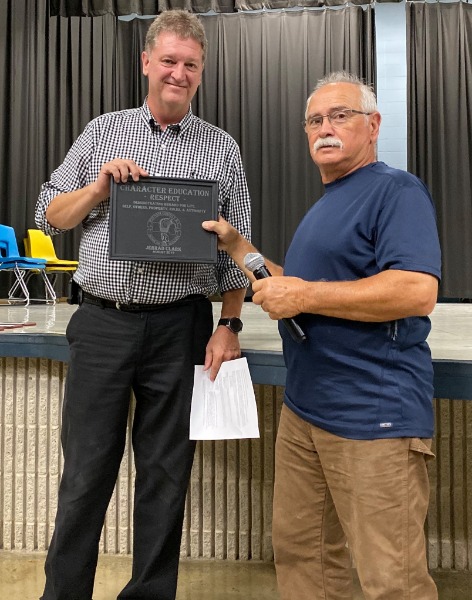 Congratulations to Jerrad Clark! Mr. Clark is our Middle School community winner exemplifying the word respect. Jerrad graduated from PCR-I in 1972. During his time at Putnam, he was FFA President and a team player on the football team. Jerrad has three children who are also Putnam graduates. He and his late wife Dee were married for 26 years. In his spare time, Jerrad works on his farm and also works for Helena part-time. Thank you, Mr. Clark, for exemplifying what respect is all about. You have earned all of ours!