Tonight
Mostly cloudy, with a low around 45. Calm wind becoming east northeast around 5 mph after midnight.
Monday
Partly sunny, with a high near 64. East wind 5 to 11 mph.
Monday Night
A chance of showers, mainly after 1am. Mostly cloudy, with a low around 50. East wind 5 to 8 mph, with gusts as high as 18 mph. Chance of precipitation is 40%. New precipitation amounts of less than a tenth of an inch possible.
Weather forecast provided by weather.gov.
Search 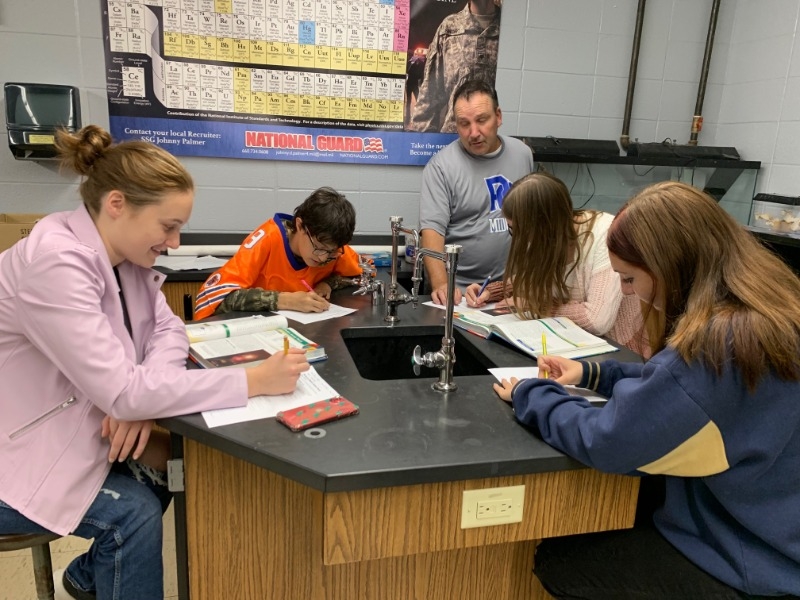 Students in Physical Science have been learning the basics of atomic structure and looking at different atomic models proposed by scientists including Ernest Rutherford and Neils Bohr, as well as the electron cloud model. They will apply their knowledge as they study the periodic table of elements.

An atom is made up of protons and neutrons in the nucleus and electrons surrounding the nucleus. Protons have a positive charge. Neutrons have no charge. Electrons have a negative charge. The total number of protons and neutrons in an atom is the atomic mass number. The chemical properties of an atom, which is the smallest unit of an element, are determined by the atomic number.