Overnight
Mostly cloudy, with a low around 45. Calm wind becoming east northeast around 5 mph.
Monday
Partly sunny, with a high near 64. East wind 5 to 11 mph.
Monday Night
A chance of showers, mainly after 1am. Mostly cloudy, with a low around 50. East wind 5 to 8 mph, with gusts as high as 18 mph. Chance of precipitation is 40%. New precipitation amounts of less than a tenth of an inch possible.
Weather forecast provided by weather.gov.
Search 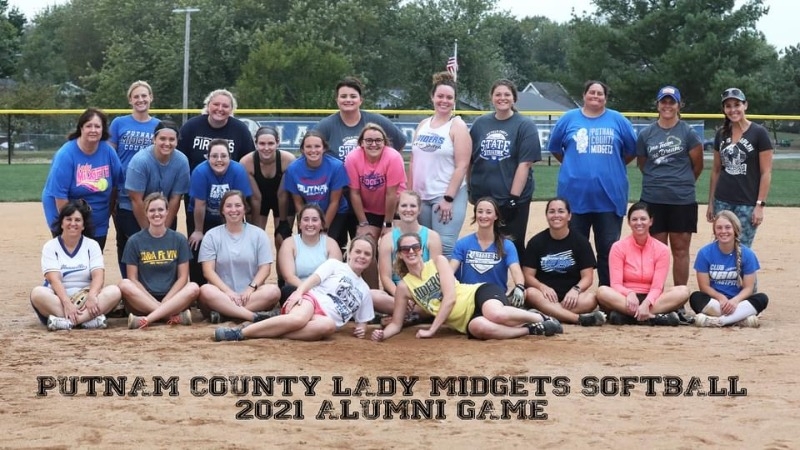 On Saturday, October 9, 2021, the softball program hosted an alumni game for former Putnam softball players. The event was well-received as twenty-five former players took part. The players were divided into two teams and played a seven-inning game. It was a fun day and a good time was had by all. Coach Schmidli wants to thank all of the former players who participated. These former Lady Midgets have played such vital roles in the rich history of the softball program. In the forty-two years of the high school softball program, there have been some amazing achievements: