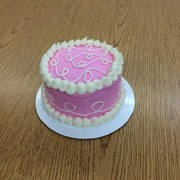 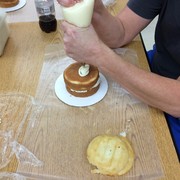 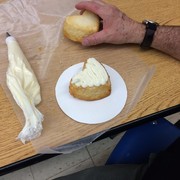 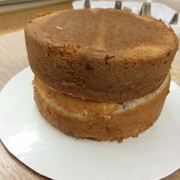 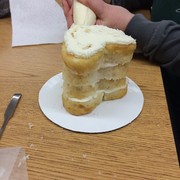 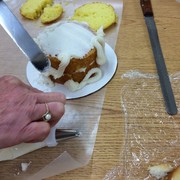 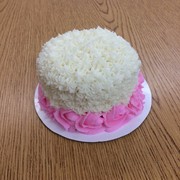 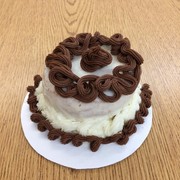 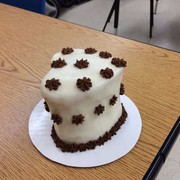 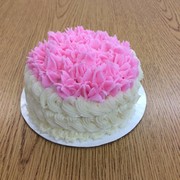 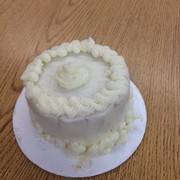 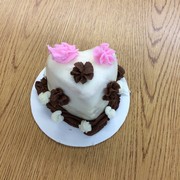 What do you get when there are ten adults and a bowl full of icing in one room? I believe the result is delicious conversation.  Cake Decorating can be stressful for some people but can also be very soothing to others.  My goal, for the Cake Decorating Class, was to try to show each type of person a trick or two about decorating cakes.

The Cake Decorating Class consisted of two one-hour sessions and a final session of two hours.  The first session was dedicated to making a variety of icings and taste testing.  The icings that were made were Royal, Buttercream, Chocolate Buttercream, Almond Buttercream, Cream Cheese, Hot Water/Crisco, and a Sugar Glaze.  After creating these icings, the participants were allowed to try them out on sugar cookies or just straight off of a spoon.  Overall, we decided that the top two icings were the Buttercream and the Hot Water/Crisco.

The second session was dedicated to perfecting their abilities to pipe.  The participants were all given a Wilton Star Tip #18 and a coupler to add to their collection of cake decorating tools at home.  With their new tools, the participants practiced piping on parchment paper as well as on sugar cookies and cupcakes.  Practicing is the fun part because you get to eat your creations.

The final session was all about creating a masterpiece.  The participants were given a blank "cake" and asked to decorate it using the skills that they had learned so far.  They did an AWESOME job!  They practiced the act of smoothing out the Buttercream icing and then piping on the cake to add a decorative touch.  The best part was that they got to take their cakes home to enjoy.

I would like to thank everyone that took this Cake Decorating Class.  I had a tremendous amount of fun interacting with all of you doing something that I love to do.