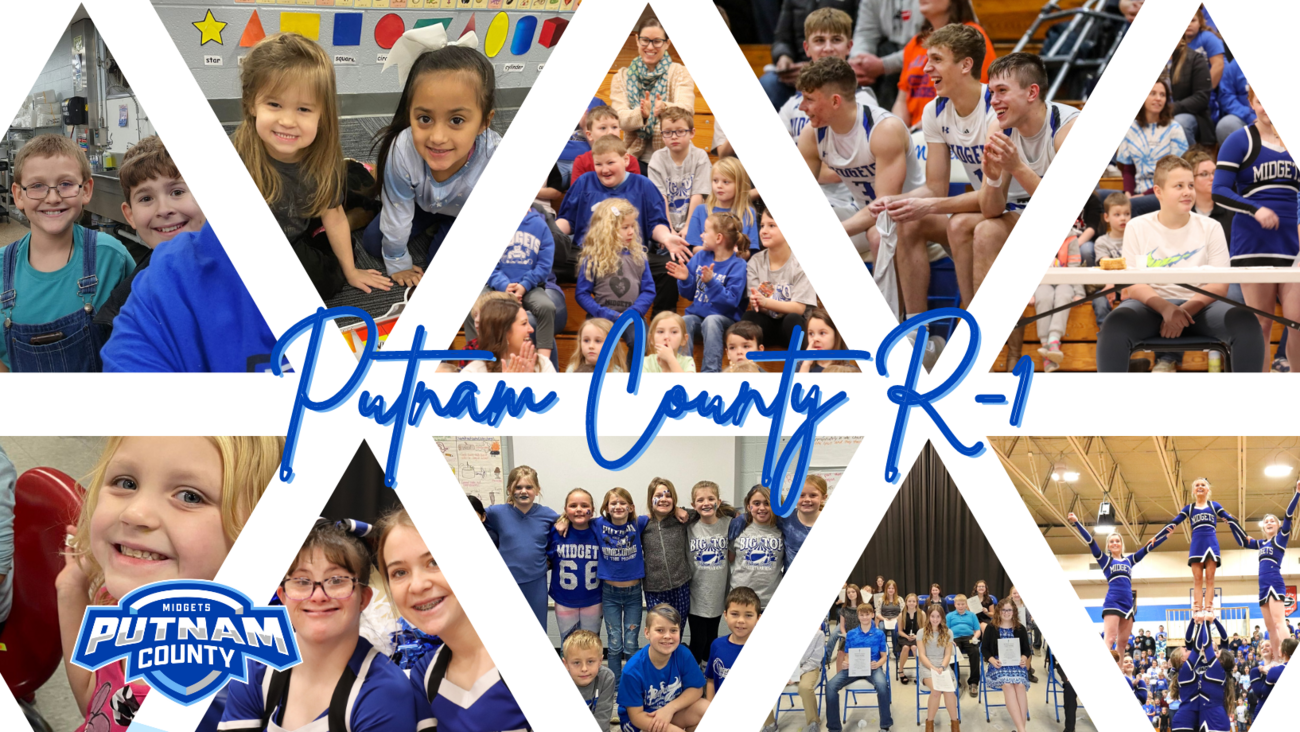 More Than Just a Loss on the Scoreboard 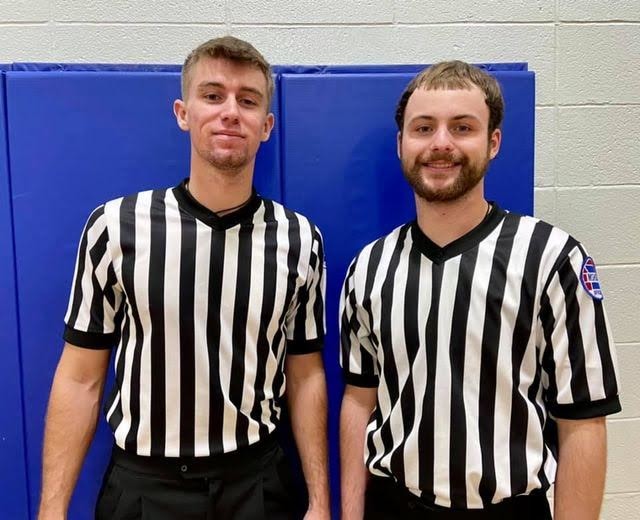 More Than Just a Loss on the Scoreboard

Dictionary.com defines PASSION as “any powerful or compelling emotion or feeling; strong amorous feeling or desire; a strong or extravagant fondness, enthusiasm or desire for anything.”

Justin Pribyl and Calvin Heidenwith have shared a passion for basketball throughout their teenage years. The Putnam County alumni were both four-year letter earners during their high school careers from 2013-2018. The young men were actively involved with the AAU travel basketball program, Missouri Mavericks, that led them to competitions in Missouri, Iowa, Nebraska, Kansas, Florida and Georgia. Heidenwith pursued a college basketball career at North Central Missouri Community College and significantly contributed to the team earning their way to the NCAAJ National Tournament Championship in 2019. Pribyl’s career prematurely ended his senior year of High School with a second ACL injury.

Pribyl and Heidenwith are both students at Northwest Missouri State University and enjoy intramural sports – especially basketball. The gentlemen are uncertain about their future professional careers but have discovered an opportunity that combines their basketball passion and earning a supplemental income for years to come.

“It’s so nice to return to the court and participate in the game that I spent so many years enjoying!” said Pribyl. Calvin inspired Justin and fellow PC alumni & NWMS student, Grant Sands, to join him in officiating sports. The “three amigos” made a great team throughout high school and have again joined forces. The young officials can be as busy as they want with games because Missouri is among so many other states that are experiencing an “official storage”. It is expected that the shortage will continue into the near future with over 50% if Missouri’s high school officials at 50 years old or over.

MSHSAA indicates there are approximately 7,628 certified officials for all sports in the 2019-20 school year. Despite a decrease from the previous school year, the total number of registered officials of 7,894 in 2018-19 school year was overall the largest in five years. Labor numbers for some sports have dropped and others risen.  For example, there are 1,262 football officials this year and that is down 43 people compared to the previous year.  The sports experiencing an increase in number of certified officials were swimming/diving, track and field, and wrestling. Kenny Seifert, Director of Officiating for MSHSAA indicates that some sports are approaching a crisis due to the shortage. Football crews are hard to find in rural schools and games cannot always be scheduled for Friday nights, the traditional night for high school football, due to a lack of officials. Grant Sands has witnessed this and often enjoys his Friday night’s officiating 8-man football for the rural school and giving back to smaller communities like he came from.

There is not a single solution for overcoming the shortage. High school sports leaders share that aging officials is not the sole source of the shortages.  There has been an increase of high school institutions across the state and the negative behavior of spectators are additional challenges. Many of young adults don’t want to take on the burden of aggressive fan behavior and face a society that is growing accustomed to a lack of consequences. The Missouri legislature recently did their part by passing HB 1570 that expands the definition of “special victim” under Section 565.002.  Sporting officials working at an event will now be protected the same as utility workers disconnecting services.  They are workers simply implementing and enforcing rules. Heidenwith and Sands have been Missouri Certified Officials for two years and have received their share of “heckling” from the sidelines. They have learned to ignore it for the most part. Grant shares that sometimes he has to “simply remind coaches that I have the flags”.  According to a survey by the National Association of Sports Officials, more than 75 percent of all high school officials say “adult behavior” is the primary reason they quit, and 80 percent of all young officials hang up their stripes less than three years of whistle blowing. Heidenwith shares that he “isn’t going to allow harassment from other ruin potential opportunities of officiating higher sporting levels”. The three young men agree that everyone can do their part to improve officiating numbers by displaying better sportsmanship.

MSHSAA has been working on other solutions by aggressively taking a proactive approach in trying to recruit younger persons.  According to Seifert, the purpose is to bolster its officiating coffers and replenish many MSHSAA’s older officials that will soon retire.

There are the four MSHSAA recruiting initiatives:

The idea behind this initiative is that every four years current MSHSAA game officials and prep head coaches to register one new official. Officials are challenged to look for someone who has strong moral character and integrity, as ones that possess excellent people skills to build rapport and relationships with fellow persons involved with MSHSAA activities at any level.  Coaches are to recruit one student athlete that played under their leadership, looking for a player they had who demonstrated a passion for the sport and has a desire to remain associated with it in some form or fashion after high school or college. This person can be a former student athlete that played several years ago as well.

2. A Call for First Responders

This program reaches out to law enforcement officers, fire fighters and EMS personnel to use their unique people and community service skills and supplement their income by serving as a game official.

“This program is an opportunity for military veterans to engage themselves in something that is unique, challenging, purposeful, and financially rewarding. I am talking about sports officiating. We are asking them to trade their military stripes into officiating stripes,” explained Seifert.  The “Trade Your Stripes” program targets the recruitment of military personnel and veterans, and it is modeled from a national foundation scheme named “Battlefields to Ball Fields” established by Mike Pereira, former vice president of Officiating in the NFL and current rules analyst for Fox Sports. This national foundation program pays for uniforms and dues, equipment, training materials, insurance, and provide a mentor--who will train and follow them as they move up the ladder in officiating.

MSHSAA’s newest recruitment imitative is asking AD’s assistance to identify the best male and female athlete from the school’s senior class that they feel possesses the skills and maturity to become a sports official.  The athletic director will be asked to spend some time with each subject and briefly share some information about becoming a MSHSAA official, visit its website and begin the registration process. MSHSAA personnel, including Seifert, will follow up and contact those students to further educate the young prospects.

These programs are a start in the right direction. “I challenge any young person interested in a sport or who has played a high school sport to continue that love for a sport by trying their hand at officiating. It provides a supplement to income and allows them to stay connected to a sport”, states Seifert.

Additionally, Seifert shares that ″Anyone looking for a unique way to contribute to the local community should consider becoming a licensed high school official. For individuals who played sports in high school, officiating is a great way to stay close to the sport after their playing days have ended. Officiating helps people stay in shape, expands their social and professional network, and offers part-time work that is flexible, yet pays. In fact, officiating is a form of community service, but with paid compensation,” Seifert said. ” Another benefit of officiating is that individuals become role models so that teenagers in the community can learn the life lessons that high school sports teach. Students learn to respect their opponents, the rules of the game and the importance of practicing good sportsmanship, thanks in part, to those men and women who officiate.”

“It would be a shame if games go away because there are not enough officials, the loss will be infinitely greater than just a ‘loss’ on the scoreboard.  It will be putting a dent in a community’s future.”  Pribyl, Heidenwith and Sands’ passion for sports has inspired them to be officials and to ensure youth of Putnam County have an opportunity to play the games. What can you do?