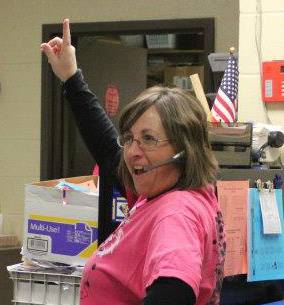 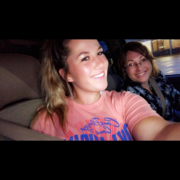 Who is there to answer the phones and provide the information you need? Who is there to make sure copies get made, you're greeted with a smile when she buzzes you in the front door, daily announcements are typed up to keep you up to date, and so much more?

Kerri (Murphy) Hollon was raised on a century family farm in Western Putnam County. She was a proud West Putnam Viking before graduating as a Putnam County Midget in 1988.

After earning an Associate of Science degree from NCMC, she began a 20-year career in medical billing and coding. She worked for the University of Nebraska Medical Center Transplant Department, and later at Urology and Family Practice clinics. She started her job as the High School secretary in the 2012-2013 school year.

Kerri has been married to her husband, Verl, for over 25 years. He is the love of her life despite the fact that he was once a Milan Wildcat! Kerri is still known as "Murf" by her closest friends, but the name she is most proud of is "Mom". She and Verl have 3 children: Jake, Jordan, and Shelby. Shelby is a sophomore at PCHS. Jake and Jordan are both Putnam grads.

Kerri is a firm believer that life is better when you're laughing! She loves her job at PCHS because the kids always keep a smile on her face. In her spare time, she enjoys being with family, reading, watching Midget sporting events and college softball.

Thank you for all you do, Mrs. Hollon! We appreciate you!