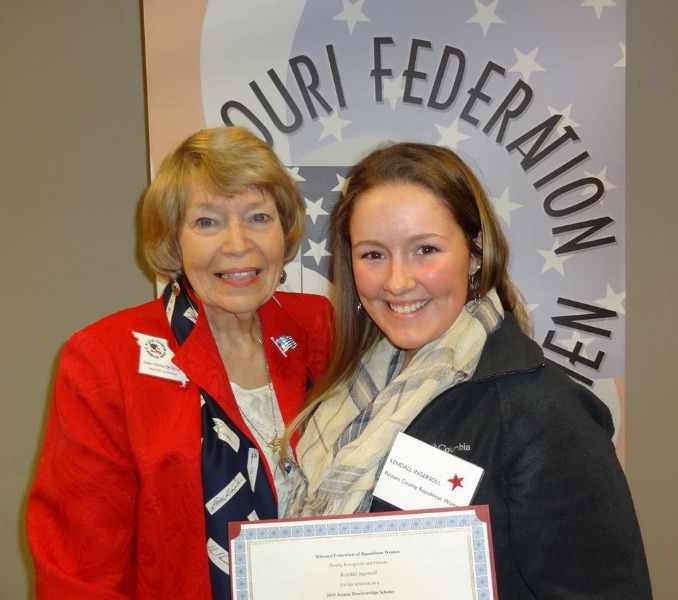 Kendall and the other Breckenridge Scholars had a full day of legislative speakers in Jefferson City on March 12, 2019, at the capitol. The speakers included Sen. Sandy Crawford, Rep. Sarah Walsh, Rep. Glen Kolkmeyer, Sen. Mike Cierpoit, Sen. Denny Hoskins, Rep. Dan Houx, Rep. Dean Dohrman and Rep. Holly Rehder. Secretary of State Jay Ashcroft and Lt. Gov. Mike Kehoe spoke to the scholars about key issues and projects they were working on for our state. The Breckenridge Scholars were presented with resolutions, honoring them in the Thomas Hart Benton Lounge. They all concluded their day with a reception at the Governor's Mansion. Beautiful music from the grand piano welcomed them into the mansion. The First Lady informed gave them a special tour including the 2nd and 3rd floor of the mansion (no photos due to privacy, only memories) before their reception on the 1st floor. The MOFRW Ladies along with all of the Breckenridge Scholars were very thankful for such a unique conclusion to the Legislative Days experience.