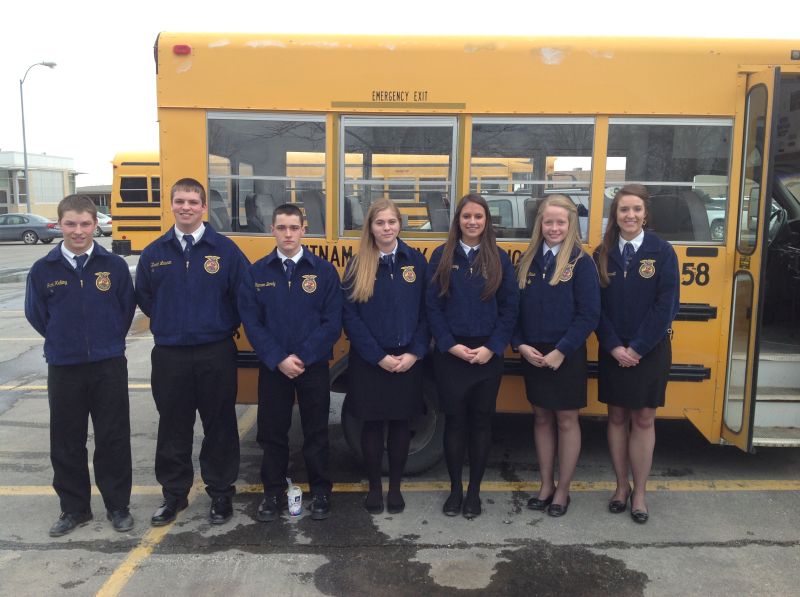 This year’s results are:

FFA Creed Speaking:  The Creed speaker for Putnam County was Tanner B.  Tanner was first place at Area FFA contest out of 16 participants.   This qualified him for district contest which was held on March 24th in Monroe City, where he placed 3rd and qualified for State contest in Columbia April 24, 2014.

State Officer Interviews:  Ashley S interviewed for the State Officer position for the Area III Association.   Ashley wasn’t selected for the position but did an outstanding job representing our chapter.

Scrapbook Competition:  Chelsey V entered her chapter FFA scrapbook in the scrapbook competition and placed 4th out of 11 entries.